Here is a great depiction of the world resources infographic.

As you go through the data visualization below, there are several statistics that will have you questioning your knowledge of the world’s resources by country. 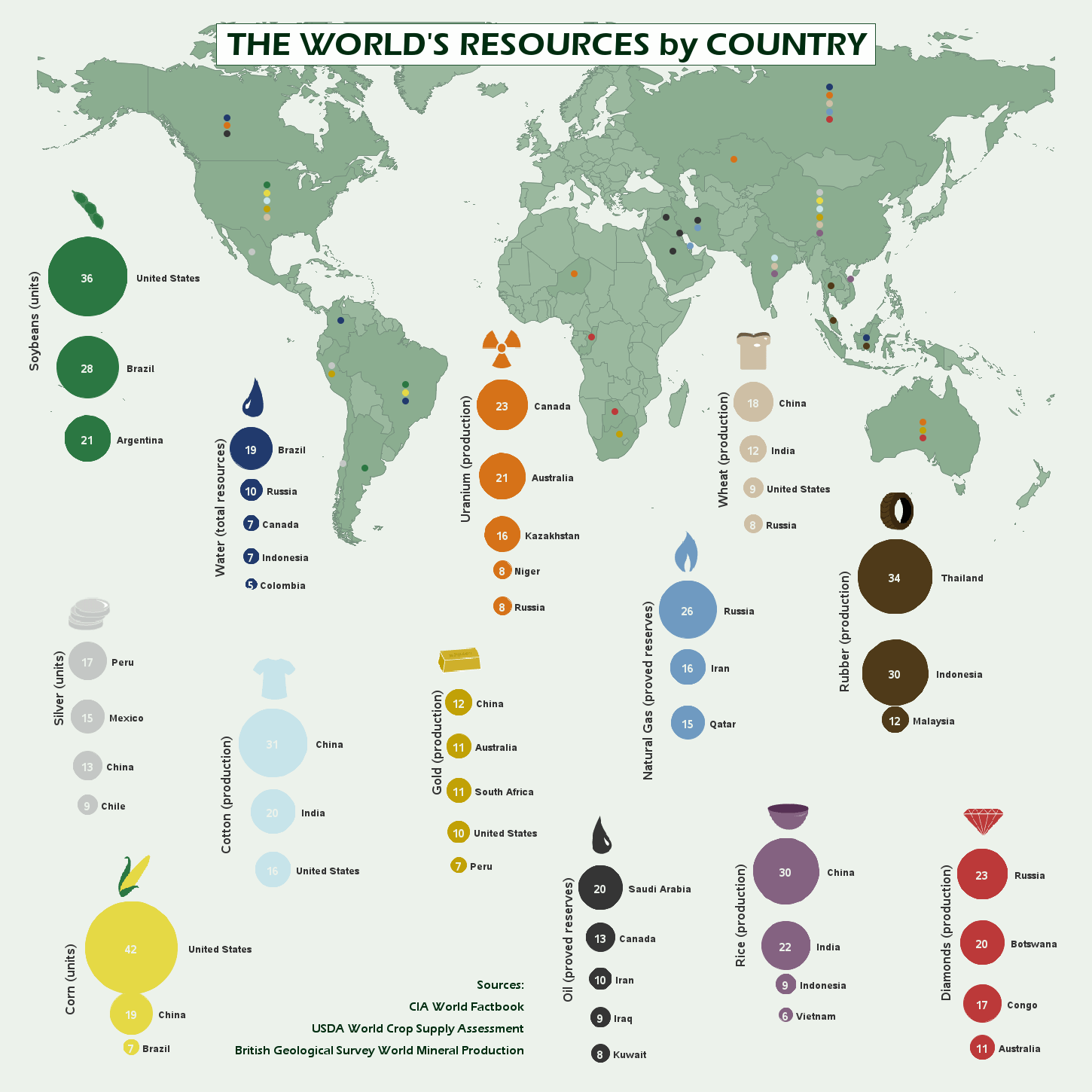 There are a few facts that stand out to me in this infographic.

For the most part, the rest of the world resources are pretty much as you would expect.

Top Universities in the USA 2019

Aerospace infographic – the digital transformation of the sector in 2017

4 Basics of Finance Every Freshman Should Know

How To Create Headlines That Get More Clicks and Conversions

How to Get Page One Rankings in Google – Infographic